Last Salute to the Commodore

The family and friends of brilliant naval architect Commodore Otis Swanson have gathered for the company’s annual party. The commodore, however, has become increasingly discontented with the way his son-in-law, Charles Clay, has developed the shipbuilding firm into a vast, impersonal corporation. He is tired of being surrounded by freeloaders like his alcoholic daughter, Joanna, his irresponsible nephew, Swanny, and of course, Charles. The only man he respects is Wayne Taylor, the head of the boatyard. In fact, the Commodore intends to sell the company. That night, Charles is wiping clean the belaying pin used to bash the Commodore’s skull. 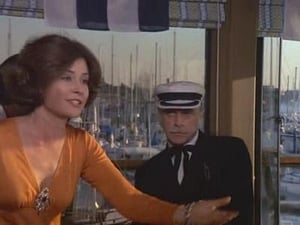