The female head of a museum hires one of the guards to rob the museum to collect the insurance money. But during the robbery she kills him and her own brother, and makes it look like they killed each other. The guard/robber’s brother reports a strange message on his answering machine, that makes it seem that he has been killed. And Columbo gets the case. When Columbo first comes to the crime scene, he notices that the lights are off, a gold medallion in the robber’s pants, and signs that pointed to the fact that he was going abroad after the heist. And he concluded that these clues mean that someone else was involved. 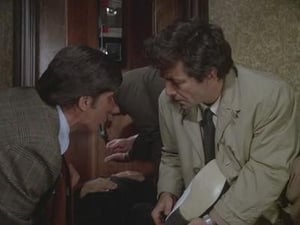